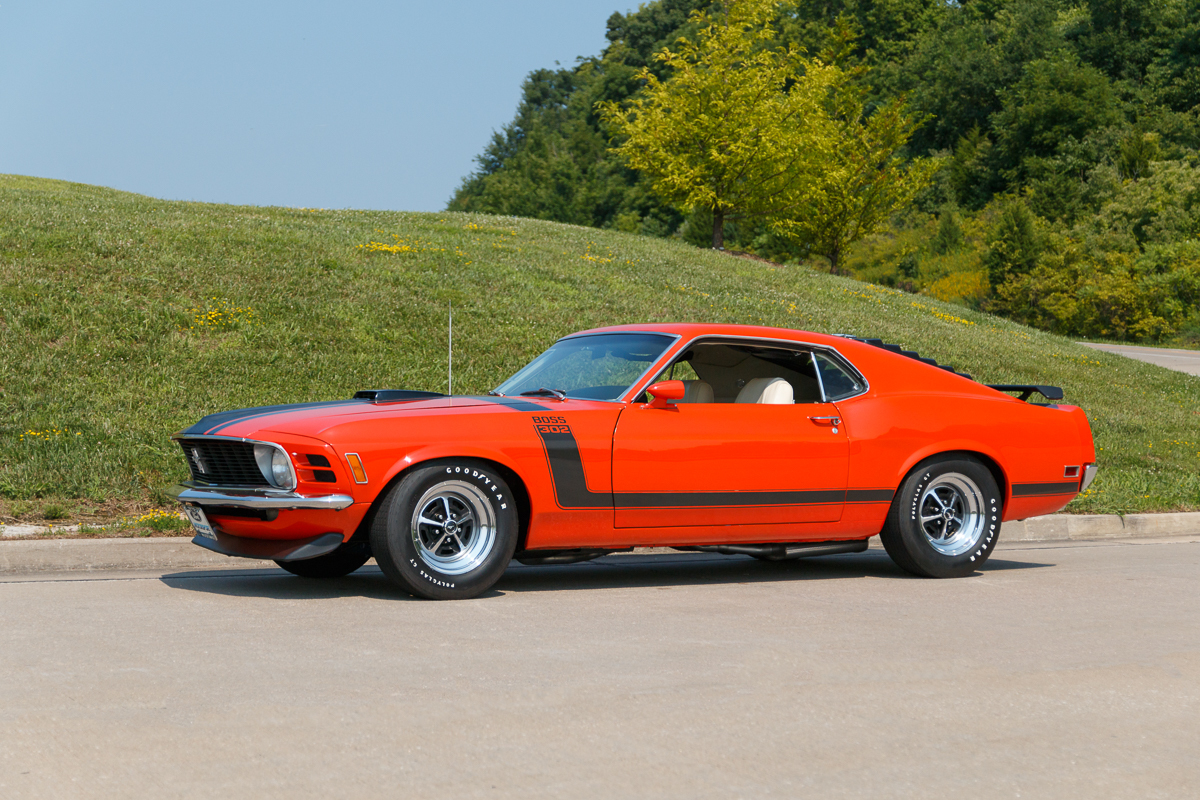 While zero-to-60 and quarter mile times may have dominated the majority of magazine headlines in the late 1960s, auto enthusiasts were becoming increasing adamant in their desire for better handling cars.

Led by the increasing popularity of the SCCA Trans-Am series, competitive road racing showed spectators that driving fast in a curved line could be just as fun as the drag strip, if not more so.

Speed was certainly still part of the equation, but achieving a better balance was key. That’s exactly what Larry Shinoda intended to do with the creation of the Ford Mustang Boss 302 in 1969.

The pressure was mounting, as the bar had already been set high by General Motors. Shinoda knew that Chevrolet was already ahead in the ride and handling department with the Camaro tearing up the racetrack and beating the Mustang on a regular basis. Fortunately, the Trans Am circuit provided the ultimate stage to even the score.

After the Camaro won the series championship in 1968, the arrival of a track-ready ‘Stang could not have come any sooner to restore good faith in the Blue Oval brand. To legally compete in the series, Ford had to also build a production version of the Boss 302 that would be available to the public.

Though Ford’s tunnel port Windsor V8 was largely disappointing at the racetrack, a high-lift camshaft, Holley carburetor and modified 351 Cleveland heads with enormous intake valves provided just the boost needed to propel the Mustang back into relevancy. At just 302 cubic inches, race-ready versions of the Boss 302 were rated at a herculean 470 horsepower. So much for the old saying “there’s no replacement for displacement.” 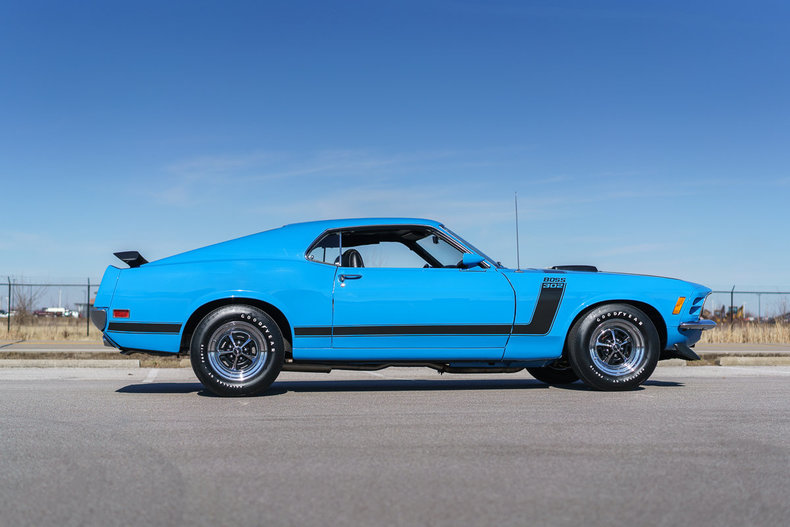 To keep insurance costs down, production versions were modestly rated at 290 horsepower and 290 pound-feet of torque. Though it was designed with road racing in mind, a 6.9 second zero to 60 time and 14.6 second quarter mile pass revealed you could still play spoiler at the drag strip too.

Its improved handling was aided by wide Goodyear F60-15 rubber mounted on seven-inch wide wheels to give the Boss 302 a larger contact patch. Special front and rear fenders were made to accommodate the wider stance. Improved weight distribution lightened the load on the front suspension, while softer front springs stiffer rear leaf springs helped reduce understeer.

Production of the Boss 302 only lasted two years with 1,628 units built in 1969 and 7,014 built in 1970. In its final year of production, the Boss 302 rightfully found its way into victory lane when Parnelli Jones won the SCCA Trans-Am Championship.

Nearly a half century later, the legacy of the Boss 302 has not been forgotten. Due to its storied racing history and renown popularity, Ford resurrected the historic moniker in 2012 for another two-year production run.

But like any sequel, it was never quite like the original Boss. Collectors are now jumping at the opportunity to add Ford’s iconic Z28 killer to their stable as correctly restored examples are quickly disappearing. Head down to Fast Lane  today and experience the Boss 302’s track-ready handling for yourself. Available in either Calyspo Coral and Grabber Blue, these ponies are ready to run!